Henry George Ferguson, known as Harry, was born on 4th November 1884 in the townland of Growell, near Dromore in County Down. His father was James Ferguson, a farmer and his mother was Mary Bell. James and ‘Minnie’ had married in Newry Registrars Office on 1st July 1879. Harry was the fourth of eleven children.

He left school at 14 to work on the family farm. However, by 1902 Harry went to Belfast to work in his older brother Joe’s bicycle and repair shop. Harry had a keen mechanical mind and was intrigued by all types of engines and new technology. He took evening classes at Belfast Technical College to further his interest.

Harry began racing motorcycles to advertise the business and by 1907 Ferguson’s Garage was the largest in Ireland. News of the Wright brothers’ first plane flight in 1903 sparked Harry’s enthusiasm in aviation. He travelled to air shows in England and Europe, carefully noting the designs and workings of these prototype aircraft. Harry persuaded Joe to help him build an aeroplane in their garage, based on the description of Bleriot’s monoplane. On 31st December 1909, at Old Park, Hillsborough, Harry Ferguson became the first person in Ireland to build and fly his own plane. On 8th August 1910, Harry flew his plane for nearly three miles on the strand at Dundrum Bay, winning a prize of £100.

During WW1, Harry became increasingly aware of the detrimental effect the loss of manpower was having on agricultural output. He understood the potential of tractor power over horse-drawn machinery, basic ploughs and manual labour. He set his mind to designing lightweight but robust tractors with interchangeable attachments which would make them versatile and easy to use on large or small farms. In 1917 with his ‘right hand man’ Willie Sands, Ferguson produced a plough which was converted from a Ford Model T car.

Over the next few years he designed the Three Point Triangular System which enabled different implements to be attached to a tractor and made the tractor more stable and hence safer.

In 1925 Harry went into partnership with the Shearman Brothers in America. He began working on a new idea to introduce hydraulic systems in the linkage between the plough and the tractor. In 1933 Ferguson built his prototype Black Tractor in Belfast. He had a short-lived business agreement with Yorkshire man David Brown of Huddersfield. However, by 1938 Harry had entered into business with Henry Ford, famously sealed with a gentleman’s handshake. Ford would manufacture the tractors and Harry would design and sell them.

Over the war years 300,000 tractors were produced. However, after Henry Ford’s death in 1947, the ‘gentleman’s agreement’ was ignored by the Ford Company, who began to make their own tractor, very similar to Harry’s design. This resulted in a protracted and costly legal battle. Subsequently, Harry Ferguson sold his companies to the newly formed American firm Massey-Ferguson Co.

Although Ferguson resigned from the company a couple of years later the little grey tractor became internationally famous and revolutionised the world of agriculture. His innovative and affordable designs quickly became the mainstay for many farmers. Harry always stated that his aim was to produce safer and more reliable machines that would increase output, so reducing food prices and resulting in an alleviation of world hunger.

Even retired from the business world, Harry continued to think about new developments and safety measures for transport. In particular he worked on automatic transmission and the emergence of the four-wheel-drive both for family saloons and for racing cars. His Formula 1 racing car, the P99, driven by Stirling Moss, won the Grand Prix at Oulton in 1961.

Harry married local girl, Mary Adelaide Watson on 21st April 1913 in Newry Registry Office against the wishes of both families. As a result, the families on both sides boycotted the wedding. The couple were married for 47 years and had one daughter, Elizabeth. Harry Ferguson died on 25th October 1960, but his ‘wee grey Fergie’ remains a beloved vintage tractor!

My grandfather probably bought one of Harry Ferguson’s first tractors. His farm was just outside Rathfriland about 16 miles from Harry’s home

I was just recently told the story of how Granda was the first farmer in the area to buy a tractor. Of course all the neighbouring farmers had to come and see this new machine. As one was leaving he said “it will never replace the horse”. Apparently Granda would chuckle over this comment for many years.

A great story Doreen. Thanks for sharing. 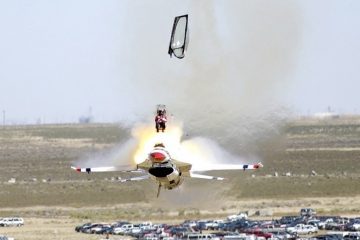