Francis Anderson Calder was one of Belfast’s most admired and respected citizens in the Victorian era though he was actually born in Edinburgh.

He was born on 6th May 1787 to Alexander Caldwell and Barbara Gray, the daughter of a lawyer. Francis joined the Navy in 1803 and served during the Napoleonic Wars.

On retiring from active service Calder came to live in Belfast. He joined the Belfast Charitable Society and taught in their Sunday School. He also worked for the Sunday School Society of Ireland.

Francis Calder campaigned for the abolition of slavery and was Secretary of the Belfast Anti-Slavery Society. He almost certainly worked alongside Mary Ann McCracken in these endeavours.

Calder’s compassionate nature was demonstrated by his love for animals. He was becoming increasingly concerned about the poor conditions in which animals worked and lived in Belfast’s rapidly industrialised society. The prevalence of pastimes such as bear-baiting and cock-fighting filled him with despair.

Belfast Society for the Prevention of Cruelty to Animals

The Society’s first aim was to get the act of Parliament ‘relating to the cruel and improper treatment of animals’ extended to Ireland. In this they were successful. As Secretary to the Society for twenty years, Calder worked tirelessly to improve circumstances for animals. Through his efforts he ensured that water-troughs for horses and cows were built in Belfast city.

By the time of his death ten such amenities had been erected, followed by many more and the practice extended to cities throughout Ireland.

Francis Calder died in November 1855 aged 68 years. He is buried in the Shankill Burying Ground. A portrait of Francis Anderson Calder is held by the Ulster Museum.

A memorial to his hard work in improving animal welfare, the Calder Fountain, stands on the south side of Customs House Square. It was designed by George Smith, Belfast Harbour Commissioners Chief Engineer. It is composed of sandstone in a Georgian style and topped with a single cast-iron gas lamp.

The memorial is inscribed as follows –

Erected by Public Subscriptions As a memorial to the labours of Francis Anderson Calder, Commander R.N. In the cause of humanity, and to whom is mainly attributed the erection, between the years 1843 and 1855, of ten water-troughs for the use of cattle in Belfast. A righteous man regarded the life of his beast ….Founder of the Belfast Society for the Prevention of Cruelty to Animals and for twenty years its active Honorary Secretary. Blessed are the merciful. A.D. 1859 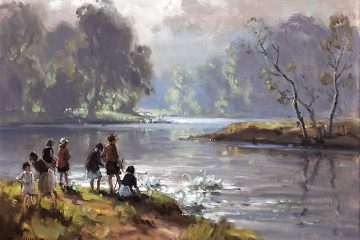 Belfast's Frank McKelvey is famous for rural landscapes of the north of Ireland, in particular the Lagan Valley, Bessbrook, Armagh & Donegal

Belfast features a range of sea sculptures in commemoration of it's maritime history. A number of these sculptures are presented in this post 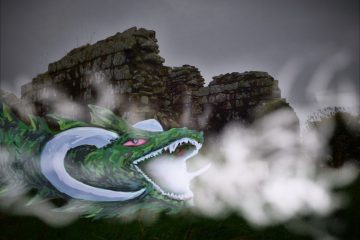