The Tale of Luke White and Biddy Farrelly

The story of Luke White & Biddy Farrelly has it all – rags to riches, thwarted love, broken hearts and a ghost that walks Belfast’s streets to this day. How much is fact and how much has been added over the years is a matter of conjecture!

According to the author Alfred S Moore in The Smithfield Millionaire, Luke White was born (c1740) into poverty in Bells Lane in the slums around Belfast’s Smithfield Market.

It is thought his family were Protestants, possibly of Huguenot extraction. Smithfield at this time was an open street market selling everything from food, livestock, furniture and clothing.

“No inhabitant of Belfast needs any description of the general aspect of Smithfield. It seems a storehouse, or rather salehouse, for all the nondescript wares which can be collected from whatever quarter”.

It was infamous for the number of pubs in the square (27 at one time!) and the frequency of fights and riotous behaviour.

“This is, as we learned on the spot, the battleground of the whole neighbourhood; and wrathful pugilists resort thither, even from the most distant parts of the town, to settle their disputes after their own fashion, undisturbed by the impertinent policemen”

Growing up in Smithfield in the mid eighteenth century, a lad would have to live by his wits.

Luke White, it seems, was born with a well-developed business sense, ambition, confidence and a ready banter. As a boy he attached himself to local booksellers and ballad vendors, securing ‘pitches’ and encouraging customers to purchase their wares. Not long after this the teenage Luke decided to go into business for himself.

“Luke White’s amazing aptitude for business stood good stead for schooling….Soon he was buying and selling on his own, and learning his letters from such literature as came his way”

Luke bought leftover stock cheaply from the Smithfield book stalls and any surplus stock from the North Street booksellers, and sold these for a profit.

He is said to have had a pal who worked for Robert Hodgson, the bookbinder. Luke had an arrangement with John Warren who ran the High Street circulating library. He supplied the young Luke with series of books with missing volumes. These were unsaleable for Warren. However, Luke and his bookbinding accomplice were able to remove the volume details from the spine, repair any damage and sell them as complete works!

Luke from his market experiences knew of a better way to sell books than from a stall in the square. He auctioned his wares standing on a 3-legged stool, borrowed from Mr Hodgson. He was surprisingly successful, and we can assume that he was a talented salesman, and had a way with words to attract customers, rouse competition and persuade the public to part with their money!

It is also said that he carried bundles of books on his back and went round village schools peddling his merchandise. Elsewhere it is told that Luke would hawk his wares from an old handcart which he pushed in the Bridge Street area. The biographer Alfred Webb reports that on one occasion Luke found a large sum of money within the pages of an old tome!

Luke would carry his daily takings every evening to Mr Warren, for safe-keeping in his shop till morning. The poor did not use banks in those days and he must have felt it too risky to bring his hard-earned cash back to his lodgings in Croarken’s Pad/ Place, the entry between Smithfield and Hercules Street (now Royal Ave: see Old Belfast Street Names).

“The improvements of the town have removed many of the old throughfares….Croarken’s Pad and the Back Gardens of Smithfield, where the unwashed assembled for all kinds of amusement, have been covered by Miss Torren’s buildings…”

It must have been around this time that Luke met local Belfast girl Biddy Farrelly. She too was growing up in the insalubrious slums.

Whether it was a deep friendship or true romance, we can only guess. However, when Luke decided to seek his fortune in Dublin, he travelled alone. Perhaps Biddy did not want to leave her native city or had family commitments, we will never know. Some authors have suggested religious differences caused the split. Biddy is a pet term for the Catholic name Bridget.

Luke aged 25, headed to Ireland’s capital and began working as an auctioneer’s clerk. In 1775 he opened his first bookshop at Crampton Court. At first he sold second-hand books reasonably purchased from gentlemen’s libraries, but before long he was importing stock from England and Europe.

White also ran his own printing press and bookbinding business. In 1788 he produced a much lauded edition of Gibbon’s Decline and Fall of the Roman Empire. He opened new premises at 86 Dame Street followed by two more bookshops. By now he was one of Dublin’s most famous and well regarded booksellers.

Her father, Peter, was a wealthy Cork merchant and sugar refiner. This prestigious Huguenot family opened the way for Luke to further his fortune in property speculation and financial investments.

In 1799 he bought Lord Carhampton’s 68 acre estate Luttrellstown Castle, which he had completely refurbished.

Luttrellstown Castle is now an exclusive wedding and events venue.

“Good luck attended him in every speculation, and he knew how to profit by it, but with the fairest fame….His next view was landed property to a great amount. Lord Carhampton determined to sell his estate at Luttrellstown… which Mr Luke White bought, to great offence of the aristocrats of Ireland”

The couple had 7 children, 4 sons and 3 daughters. Elizabeth was to die in July 1800 at the age of 43. Six months later Luke remarried Arabella Fortescue, daughter of William Fortescue of Cork, with whom he had another son.

As well as amassing a huge business empire, Luke White also participated in local politics. He was High Sheriff of Dublin in 1804 and for County Longford in 1806, where he also owned property. In 1818 he was elected Whig MP for County Leitrim, which he held until his death in 1824.

Luke White died in Park Street, Mayfair, London on 25th February 1824 aged 84. He is buried in Clonsilla, County Dublin. In his will he was able to leave his family extremely wealthy.

What became of Biddy Farrelly?

There was one other person who benefitted from Luke’s generosity – Biddy Farrelly.

Luke left his Smithfield sweetheart £150 in his will, a sizeable amount in those days. Obviously he never forgot his first love.

Alas poor Biddy died only a year later. Some say she ‘drank’ herself to death, but a more romantic interpretation is that she died of a broken heart.

The Ghost of Biddy Farrelly

While her rich beau may be all but forgotten, Biddy Farrelly is still remembered, as her ghost is said to haunt her childhood streets.

It is claimed that every year at midnight on Lammas Eve, Biddy can be seen, carrying a bundle of ballad sheets, walking along Hudson’s Entry (now Gresham Street) in Belfast. It is said she is crying and searching for her lost love – Luke.

Luke White’s portrait by Gilbert Stuart, hangs in the National Gallery of Art, Washington. No image of Biddy exists, unless that is, you are in Gresham Street on Lammas Eve! 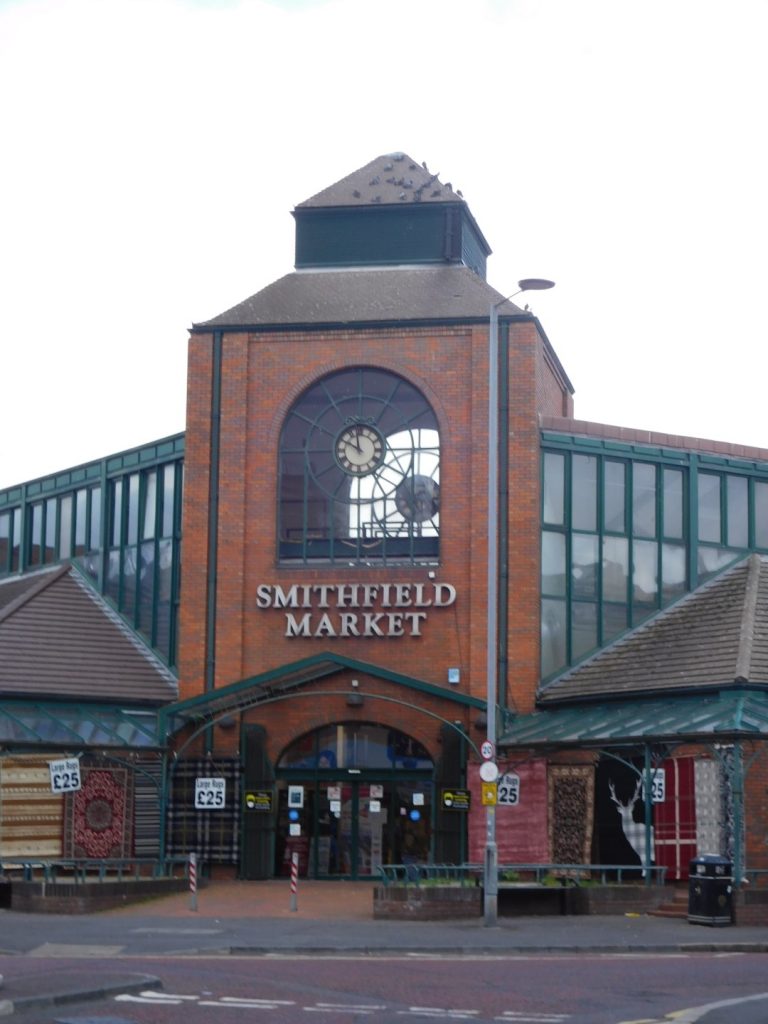 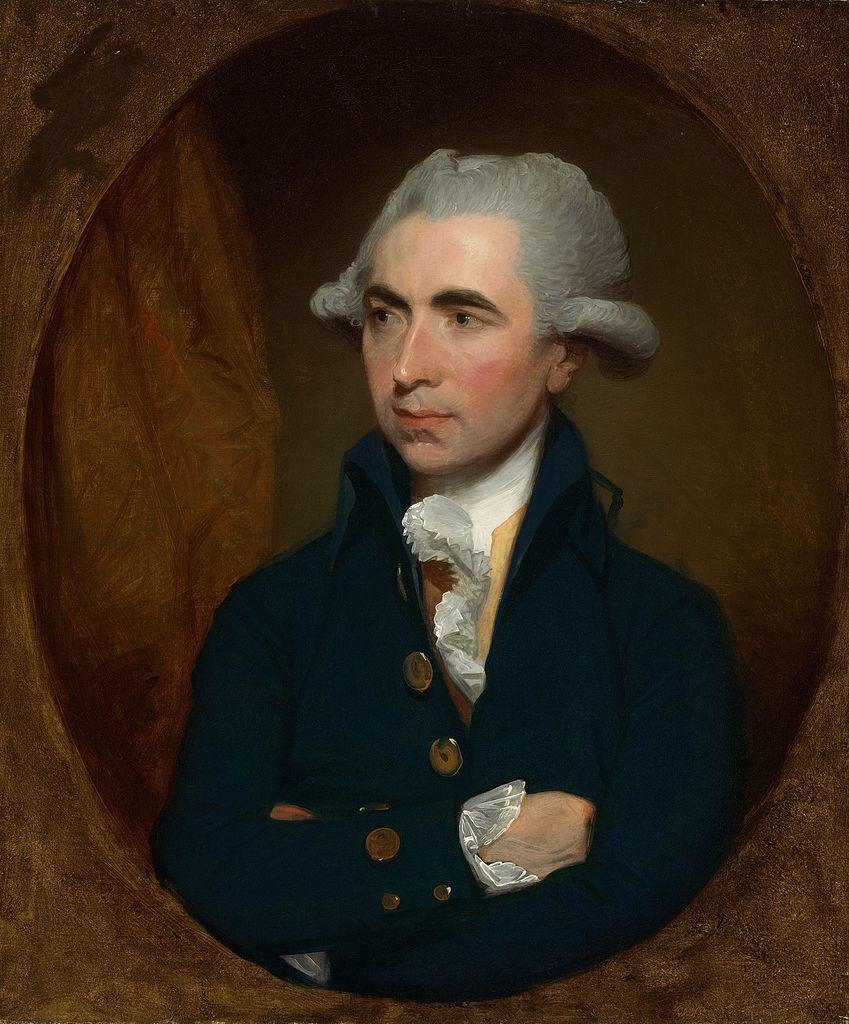 O’Hanlon’s Walks Among the Poor of Belfast

I grew up in Glandore ave area of Antrim rd, born 1938. My first memory is of the bombs dropping and mum and i and mrs Bond from next door and valerie huddled in “the glory hole” under the stairs, singing and praying to keep us cheered away from fear.at 10yrs old i went to Belfast High School in Glenravel street. I fell in love with Badminton which our headmaster Dr, Harte encouraged. I played morning before, lunch time during and after school and ended up playing for All Ireland under 21’s. Then landed a job as a trainee salesman for Lever Brothers based in Glasgow.5 yrs there, married Mona Wilson, daughter of Eddie Wilson manager in smithfield UTA bus depot.
N
More later 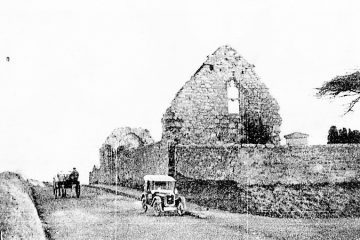