The name Belfast comes from the Gaelic Beal Feirste meaning ‘mouth of the ford or sandbank’. It was here at the ford of the Lagan River that the little Catholic Chapel of the Ford was built. The site has an obvious strategic importance as it was the crossing point of the Lagan and it linked the two counties of Antrim and Down.

The earliest documented reference we have of a Church on the site is from the Papal Taxation Rolls of 1306. It was described as Capello de Vado. The Church was situated on a slight ridge at the meeting place of Belfast’s two rivers the Lagan and the Farset. At this time the crossing was much wider than it is today and travellers hoping to sail across the Lagan would wait on the mud-flats and give alms and pray for a safe journey in this little mediaeval Church.

In the words of the historian George Benn writes:

Following the Reformation, the Chapel was replaced by a Protestant place of worship. This Church became known as the Corporation Church because the town’s aldermen went to services here. The Belfast Corporation was established by a charter of the English King James I in 1613. The Corporation could fine folk for non-attendance at Church.

“In the old town every person over 13 years of age had to attend the Corporation Church at the foot of High Street – the Sovereign [Mayor] had to lead the way, followed by the burgesses and freemen in state – under a penalty of being fined the sum of 12 pennies, or up to 5 shillings…”

At the same time sobriety was enforced. In 1617 it was ordered “noe person within this town shall att anie tyme of Divine Service sell anie manner of wine ale or aqua vitae or anie thing vendible”. Sunday services were obviously seen as very important spiritually as well as a means of topping up the coffers and reinforcing the political status of the town’s elite.

In 1649 Cromwell’s troops, under the command of Colonel Veneables were sent north to subdue the Province of Ulster. Veneables had around 2,500 soldiers and by the end of September had occupied Dundalk, Carlingford, Newry and Belfast. The Parliamentarian forces were garrisoned in the Corporation Church from 1649 till 1656. During this period the Church was known as the Citadel.

After the Cromwellian occupation the damaged Church was restored, most likely by Arthur Chichester, who had been ‘granted’ the town of Belfast. From an illustrated map by Thomas Phillips, dated 1685, the Church is an imposing building with a central square tower. The Corporation Church faced the River Farset (now covered and running under High Street) with grounds backing onto Ann Street.

During King William of Orange’s brief stay in Belfast in June 1690, he attended Sunday service at the Church. The royal chaplain, Dr George Royse, preached the sermon. The ornate wooden chair on which the King rested is still preserved in the current Church.

Demolition of the Corporation Church

By the mid eighteenth century the Corporation Church was falling into disrepair. On Sunday 1st May 1774, the Rev Bristow preached the final sermon in the Church. It was subsequently demolished and a new parish Church built for Belfast.

The Earl of Donegall gave land for the new Church in Donegall Street and paid for its construction. This was St Anne’s Parish Church, later replaced by St Anne’s Cathedral.

Calls for a New Church

However, as Belfast’s population continued to expand, the need for a second Anglican Church became apparent.

“We the undersigned of the parish of Belfast, in your lordship’s diocese of Connor, having of late years suffered considerable inconvenience, arising from the want of accommodation during divine service in the present parochial church…do request your lordship to take into consideration and expedience the necessity of having a chapel of ease erected within the precincts of the town”.

Letter to the Bishop of Down and Connor from 72 leading citizens, 16th May 1807

A ‘chapel of ease’ is a secondary church within a parish. Hence it was decided to build St George’s on the site of the Capello de Vado.

The new Church was designed by the Irish architect John Bowden. The foundation stone was laid on 8th June 1813 by the Earl of Masserene.

A report in the Belfast Newsletter stated – “The Church is to be called George’s church, in honour of his majesty; and from the plans that we have seen, promises to be a very handsome edifice, and a great ornament to the town”.

The Church opened on 16th June 1816 at a cost of £9,556 and 15 shillings. It is built in a grand Georgian style. The entrance to the Church, facing High Street, has six Corinthian columns and four fluted pilasters. These were salvaged from the main entrance of Ballyscullion House and had been made to order in Egypt for Frederick Harvey, 4th Earl of Bristol and Bishop of Derry. They were purchased by Dr Alexander, when the House was demolished and presented by him to the new Church building. The first curate appointed to St George’s was the Rev. John Worthington Fea.

The first organist at the new Church was Edward Bunting, the well-known Irish musician and folk music collector and preserver. Bunting remained in this position, at a salary of 40 guineas per anum, until 1820. St George’s still has a strong musical tradition with a renowned male voice choir.

Today, St George’s continues to serve the people of Belfast and has daily services. The building itself has numerous artworks and stained-glass windows displaying great craftsmanship. These include the intricately carved and painted pulpit and the stone Baptismal Font ‘gifted by the young of the flock’ in 1868. The triple stained-glass east window was installed in the memory of several parishioners. On the north wall of the Chancel are paintings completed by the artist Alexander Gibbs in 1884.

However, it is as a place of peace within Belfast’s busy city centre that most visitors cherish. It is amazing to know that this site has been the location for worship for so many centuries.

Find it on a map 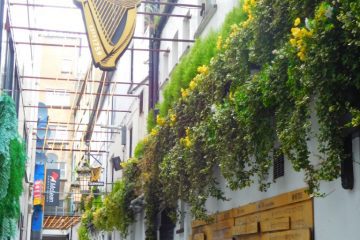 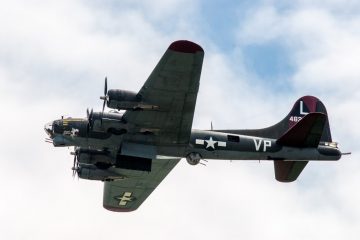