The story of the Crumlin Meteorite.

On 13th September 1902 about 10:30am, Mr W John Adams was working on the Walker farm at Crosshill, near Crumlin. Crosshill is in County Antrim, 12 miles from Belfast and nearly 4 miles east of Lough Neagh. He was harvesting apples from trees that grew along the edge of the cornfield. Two other labourers, W Walker and M Montgomery were forking hay nearby. A sudden noise was to stop them in their tracks!

The sound resembled loud thunder and the noise on impact was like an explosion.

“He [Adams] was startled by a noise of such character that he thought it was due to the bursting of the boiler at the mill, which is a mile to the south and is situated near Crumlin rail-way station”

A cloud of dust and soil flew into the air. Mr Walker, who was on top of the haystack, described seeing a ‘whirl’ in the air just before the crash. The men were shaken and dumbfounded and ran towards the site of the collision a mere 20 yards away.

Embedded in the earth 2-3 ft deep, was a black stone. Running to the nearby farmhouse, Adams grabbed a spade and dug the stone out of the soil. It was still hot to the touch and remained so for an hour later even though the early autumn day was cool and cloudy.

The meteorite weighed around 9.5lbs. It was 7.5” long, 6” wide and 3.5” thick and was irregular in shape with 9 or 10 concave or convex faces suggesting that it was a fragment from a larger boulder. It was covered with a brownish-black fusion crust, which is a characteristic of meteorites and forms as the stone rapidly passes through the air. The speed at which it was travelling was enough to scorch the newly broken surface. Also visible were particles of metallic alloy of iron and nickel, as well as protosulphine iron which is bronze in colour. The stone also contained troilite, a substance common in meteorites and not found on earth.

News of the Crumlin Meteorite

Coincidently, Belfast was hosting the annual meeting of the British Association for the Advancement of Science, when the meteor struck.

News of the extraordinary event quickly spread through the neighbourhood.

A Mr S R Millar, who was at Killead just north of Crumlin, heard the explosion and came to Crosshill to investigate. He subsequently wrote an account of the occurrence based on his conversation with the farm’s owner, Mr. Andrew Walker. This was published in the Belfast Evening Telegraph on 16th September and in the Northern Whig on 17th September 1902.

The British Museum Arrive… and Quickly Depart with the Meteorite

On 20th September, Mr W H Milligan of Belfast, an amateur astronomer, also visited Crosshill farm. Convinced this was indeed a meteorite, Milligan telegrammed Sir Lazarus Fletcher, Director of the Natural History Department of the British Museum. Sir Fletcher was intrigued and left London that day, arriving in County Antrim on 26th September. This gentleman ‘acquired’ the rock and sailed for Liverpool the same day.

According to John Burke in his book Cosmic Debris: Meteorites in History [1986], Sir Lazurus Fletcher was initially unsuccessful in his attempts to purchase the stone. However, on learning that Miss Agnes Black, niece of the Walkers, was a favourite of her uncle, he endeavoured to get her ‘on side’. She, it seems, dearly longed for an organ. Fletcher provided her with a cheque for £10 to buy the musical instrument and her uncle parted with the meteorite for £105.

The hasty acquisition of the Crumlin meteorite caused some consternation among interested Irish societies, who felt the stone should have remained in Ireland. A letter in the Geological Magazine dated 3rd November 1902 from Grenville A J Cole, shows that he had been interested in securing the meteorite on behalf of the Museum in Dublin.

A satirical cartoon in the Dublin Daily Express on 13th November 1902 shows a rotund John Bull racing to England with the stone in his hands with ‘Pat’ chasing after him. The caption reads “The British Museum has ‘Collared’ another Irish treasure”.

Letters to the Newspapers

The fact that the meteorite’s descent and crash landing was heard as far away as Antrim to the north and Lurgan to the south, led Mr Milligan, who informed the British Museum of the meteorite, to send letters to the Belfast newspapers.

These were published in the Newsletter on 26th September 1902 and the Northern Whig on 14th October 1902. He appealed for information from anyone who had seen the object in the sky or had perhaps found other fragments of the stone.

Miss Black, a seamstress, acted as secretary in the matter and forwarded witness evidence and accounts to Mr Milligan. She was staying with her uncle Andrew Walker [71] and his wife Martha [73], and had presumably been helping her elderly relatives on the farm and in the house.

It is interesting to note that Andrew Walker had been in the farmhouse that morning but heard nothing. Mrs Walker, who was in the lane, heard “a sound comparable…with that made by a swarm of bees, though much more intense”.

A cast of this celestial stone can be viewed in the Ulster Museum, Belfast along with a small slice of the actual meteorite. 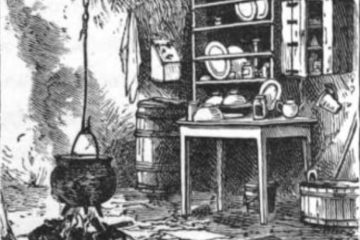 On November 10th 1832 the Dublin Penny Journal published an article on common Irish sayings and proverbs. Read a sample here 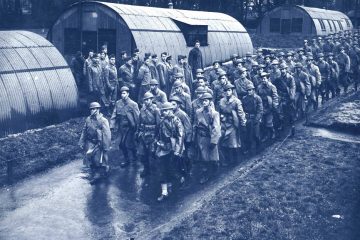